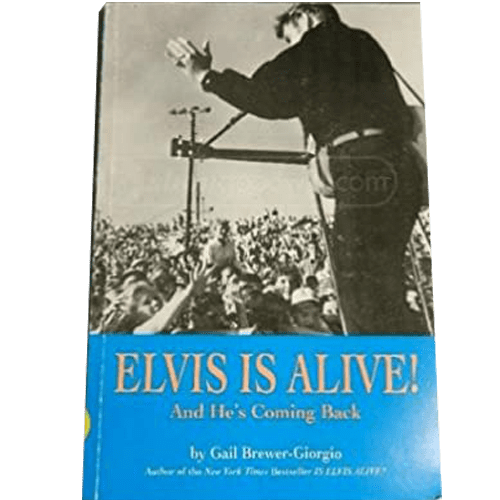 The Elvis Cover-Up; He’s Alive, He’s Coming Back, You Decide

The Anonymous Press, by Gail Giorgio

Was Elvis Presley s death a carefully staged hoax? You’ve seen him on TV You’ve seen him in movies. You may have seen him the other day at the mall, but now you can see the amazing facts that prove the King s death was actually a carefully planned hoax! In this incredible follow-up to the million-copy bestseller IS ELVIS ALIVE?, you’ll discover: New information and photos from recently declassified U.S. Government files revealing his undercover cooperation with the FBI & DEA Why no one claimed the King s multimillion-dollar insurance policy Why Elvis father, Vernon, refused to have the U.S. flag draped over his son s coffin-an honor accorded to all Armed Forces veterans How Elvis handwriting appeared on his own death certificate His connection with President Nixon And much more! Were the post-1977 sightings, photos, and recordings of Elvis Presley mere hoaxes, fan s wishful thinking, or evidence that the king of rock n roll still lives? Read The Elvis Files and decide for yourself.

Be the first to review “The Elvis Cover-Up; He’s Alive, He’s Coming Back, You Decide” Cancel reply