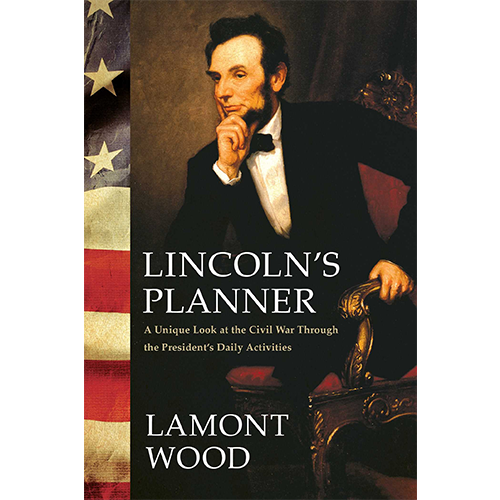 What do you say to:

If you’re Abraham Lincoln, all that and more may be on a given day’s to-do-list. Join his fascinating journey through Lincoln’s Planner.

But we are not talking about the present-day—these were some of the same issues facing Abraham Lincoln. Lincoln’s Planner follows our sixteenth president through the Civil War, showing what he did and wrote each day, as reflected in surviving records. You will experience the bombshell events much as Lincoln did, every day, rather than through story-line narratives often laid out in history books.

In the process, you’ll see how Lincoln gradually dominated those around him through the sheer force and psychological ascendency of his personality. Unlike the ego-driven figures that surrounded him in politics and the military, Abraham Lincoln got results because he was righteous without being self-righteous, moral without being moralistic, and manipulative without being willful. And despite distractions, catastrophes, and disappointments that would have crushed most men, he kept his goals in mind.