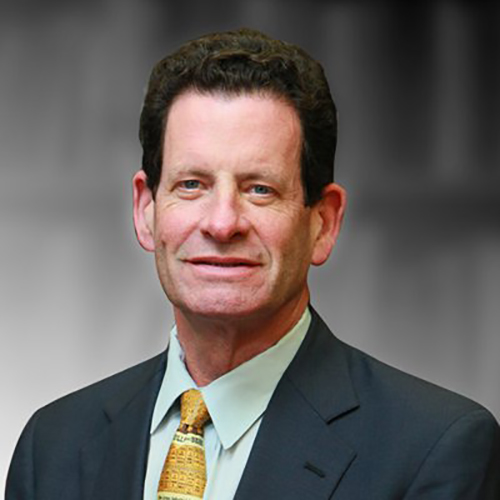 Ken Fisher founded Fisher Investments in 1979, which is now a $135 billion+* investment adviser and money management firm serving large institutions and high net worth individuals globally. By most standards, it is the world’s largest pure ‘40 Act Investment Adviser firm. He was CEO for 37 years and currently serves as Executive Chairman and Co-Chief Investment Officer.

Ken has written 11 books, including 4 New York Times bestsellers. His 1970’s theoretical work pioneered an investment analysis tool called the Price-to-Sales Ratio, now a core part of the financial curriculum. His credits span a multitude of professional and scholarly journals. He is a recipient of the Fabozzi/Jacobs Levy Award for outstanding research in the Journal of Portfolio Management.

In 2010, Investment Advisor recognized Ken on its prestigious Thirty for Thirty list as among the industry’s 30 most influential individuals over the prior three decades. He is ranked #170 on the 2020 Forbes 400 list of Richest Americans and #468 on the 2020 list of Global Billionaires.

Ken and his wife, Sherrilyn, have three adult sons and live in Camas, WA.

*As of 9/30/20. Includes Fisher Investments and its subsidiaries.