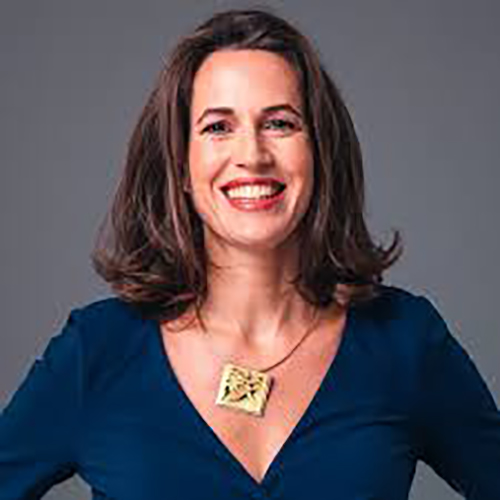 Friederike Fabritius is a neuroscientist, keynote speaker, and award-winning author. She was trained at the Max Planck Institute for Brain Research and is an alumna of McKinsey & Company. Friederike works with executives of Fortune 500 companies around the globe to transform how they think, innovate, and navigate change.

Friederike was the lead author of the book The Leading Brain: Neuroscience Hacks to Work Smarter, Better, Happier (Random House) which has been translated internationally and received numerous awards and is fluent in six languages and has five kids.

Her passion is to help people to not only work better but also lead better and happier lives, using neuroscience.

Friederike serves on the council of Acatech, The German Academy of Technology, which advises the German government regarding new technology, digitalization, and artificial intelligence.

She is also a member of the advisory board of NeuroColor, a company that uses neuroscience to understand personality.