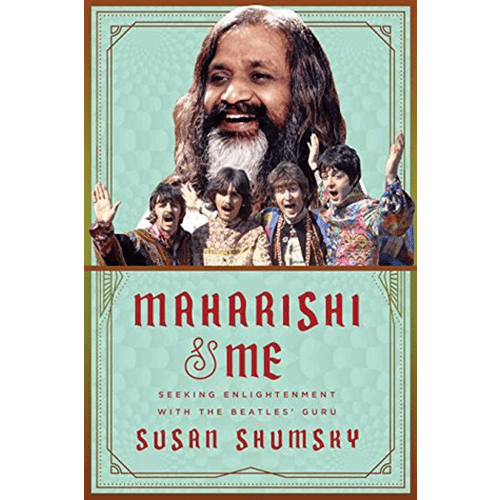 How India Influenced the Beatles

Susan’s candid, honest portrayal draws back the curtain on her shattering, extreme emotional seesaws of heaven and hell at her guru’s hands. This compelling, haunting memoir will continue to challenge readers long after they turn its last page. It dismantles all previous beliefs about the spiritual path and how spiritual masters are supposed to behave.

Susan shares: “Merely by being in his presence, we disciples entered an utterly timeless place and rapturous feeling, and, at the same time, realized the utter futility and insanity of the mundane world.”

Susan’s heartfelt masterwork blends her experiences, exacting research, artistically descriptive and humorous writing, emotional intelligence, and intensely personal inner exploration into a feast for thought and contemplation. Neither starry-eyed nor antagonistic, it captures, from a balanced viewpoint, the essence of life in an ashram.

Susan Shumsky is a successful author in the human potential field. But in the 1970s, in India, the Swiss Alps, and elsewhere, she served on the personal staff of the most famous guru of the 20th century―Maharishi Mahesh Yogi.

Maharishi died in 2008 at age ninety, but his influence endures through the spiritual movement he founded: TM (Transcendental Meditation). Other books have been written about him, but this spellbinding page-turner offers a rare insider’s view of life with the guru, including the time the Beatles studied at his feet in Rishikesh, India, and wrote dozens of songs under his influence.

Both inspirational and disturbing, Maharishi & Me illuminates Susan’s two decades living in Maharishi’s ashrams, where she grew from a painfully shy teenage seeker into a spiritually aware teacher and author. It features behind-the-scenes, myth-busting stories, and over 100 photos of Maharishi and his celebrity disciples (the Beatles, Deepak Chopra, Mia Farrow, Beach Boys, and many more).